Year of The Water Tiger: What to Expect

The year of the Water Tiger begins on February 1st, 2022, according to the Lunar calendar used commonly by Asian countries. Long ago, Chinese astrologers organized the lunar calendar into 12 year cycles, assigning an element of nature and an animal to each year to best describe the overall energy of the year.

We're just ending the year of the Metal Ox, a slow but steady animal who works hard to plow the field, day after day, then quietly chews its food while taking its hard-earned rest. It was definitely a year of "slow and steady wins the race," which had many of our patients and acquaintances complaining about how 2021 seemed to be a never-ending year of endless work and hard-earned karmic lessons. However, as long as one patiently continued to chip away at one's lists, many folks found that when it all added up, 2021 was a year of big change that was hard-won and earned step by grueling step. The element of metal added another layer to all that change, meaning that somehow it had to do with the organs of the Lung and Large Intestine, which in turn resonate with and support the energy of grieving, sadness, and letting things go. Metal is also about value, strength, energy/communication, regularity. It's the backbone of society; we'd be up a creek without metal in our lives.

Now, the energy is shifting to an animal that is, in some ways, the polar opposite of the Ox. The Tiger is called the King of all animals for a reason -- she's a passionate creature who is powerful, beautiful, strong, and regal. She also bides her time when looking out for prey. But once she sights it, she bursts into an efficiently ferocious flurry of action to bring down her next meal.

The Tiger, really being an overgrown kitty, is also synonymous with playfulness, romance, excitement, flexibility, and contentment. It's known best for the quick, dramatic action that it is so good at. To best harmonize with the energy of this year, take the time to explore both sides of the Tiger. The King/Queen who is the master hunter; the furry kitty-cat who enjoys petting, sweet cuddling, cat naps and purring (read: good times for romance and connecting with loved ones, as well as lots of resting and relaxing).

When we harmonize with nature, we save a lot of energy and also make the most of its energetic support. Throughout the year, ride the energy of the Tiger intuitively and flexibly. Put aside plenty of time for snuggling and napping and lovey-dovey activities while always keeping one ear out for new opportunities. If you can embrace the courageous, inspiring side of 2022, you'll pave the way for plenty of action and goal achieving. Happy New Year to all and one!

A Seasonal Frequency of Love: Summertime

How to Enjoy the Year of the Pig

Summer - The Season of Fire

Why Self-care is Essential for Women's Health

Every Day is Your Birthday

The Year of the Rooster - Happy New Year

Late Summer: The Season of Digestion and Transformation

Tune into Nature's Fall Energy for Balance and Letting Go

Year of The Water Tiger: What to Expect

Winter - The Season of Recharging and Rest

Autumn - The Season of Balance and Letting Go 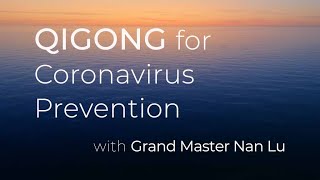 A Seasonal Frequency of Love: Summertime

How to Enjoy the Year of the Pig

Summer - The Season of Fire

Why Self-care is Essential for Women's Health

Women’s Health: How Empowerment is Prevention